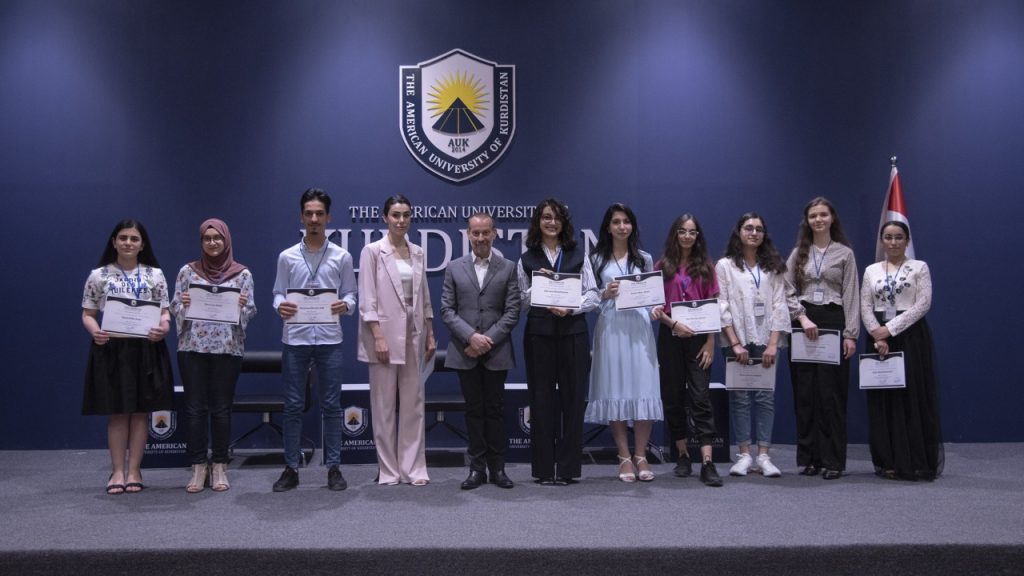 The American University of Kurdistan is pleased to announce the winners of its 2nd Essay Writing Contest for High school students between the ages of 15 and 18 years, which allowed students to share their views on various current issues. Submissions were received on themes such as remote education, reviewing a book of one’s own choice, and environmental challenges for Kurdistan’s future. An expert of judges scored Top Ten Essays, and in the end, the following students were awarded:

Shahd Haider Jasim – “From offices and schools to Wi-Fi”

Tina Warcheen Hassan – “A New Trend at Work and in Education”

The writers of the top ten essays received an Admission Fee Waiver to use when applying to AUK. Additionally, 2nd and 3rd place received five books of their choice from the AUK library and one-year library membership.

The first-place essayist, Nasma Atheer Akram, was gifted ten books of her choice and one year of library membership also.

Essays were judged based on the following international criteria: