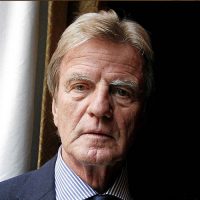 Minister Bernard Kouchner is the co-founder of Médecins Sans Frontières and Médecins du Monde. From 2007 until 2010, he was the French Minister of Foreign and European Affairs. Prior to this role, he served as French Minister of Health (1997-9, 2001–02). He served as the Special Representative of the UN Secretary General in Kosovo from 1999 to 2001. He was a Member of the European Parliament from 1994 to 1997. Since 2015, Minister Kouchner advises the Agency for the Modernization of the Ukraine on healthcare issues. He was a candidate for the both of the positions of UN High Commissioner for Refugees and Director-General of the World Health Organization.