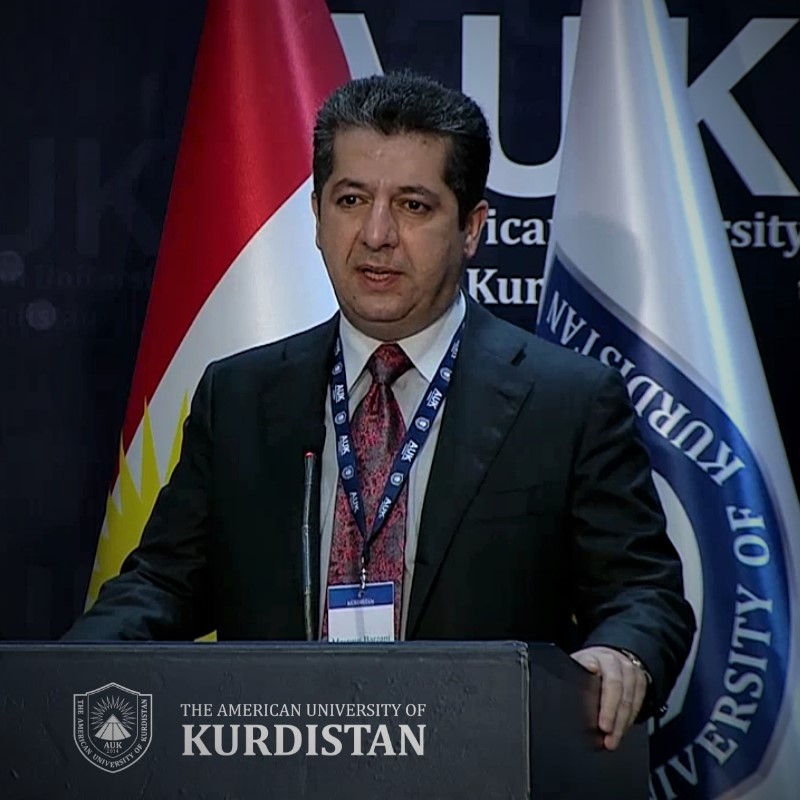 Duhok, Kurdistan Region of Iraq, June 11, 2019 – Masrour Barzani, Chairman of The American University of Kurdistan’s Board of Trustees, was named as the new Prime Minister of the Kurdistan Regional Government.

Following his election to the post of president by KRG parliament on Monday, KRG President Nechirvan Barzani named AUK’s Chairman of the Board of Trustees as the Prime Minister-designate to form the new government of Kurdistan Region of Iraq.

‘’We are delighted by this news and wish our Chairman all the best in his new post,’’ said Dr. John Menzies, president of AUK.  “We look forward to working closely with the government and people of Kurdistan as we continue preparing the next generation of young leaders in business, society, and government.”

Masrour Barzani is the founder of The American University of Kurdistan and the Chairman of its Board of Trustees. Graduated with honors in international studies from The American University in Washington, Chairman Barzani continued his postgraduate studies in peace and conflict resolutions. Under his leadership, AUK is advancing its mission of offering a high quality, American-style university education in a broad range of fields that will contribute to the economic and social development of Kurdistan, Iraq, and the larger region.

Chairman Barzani previously held the position of chancellor of Kurdistan Region’s Security Council. Prior to that he was appointed General Director of the Protection and Intelligence Agency of KRI.