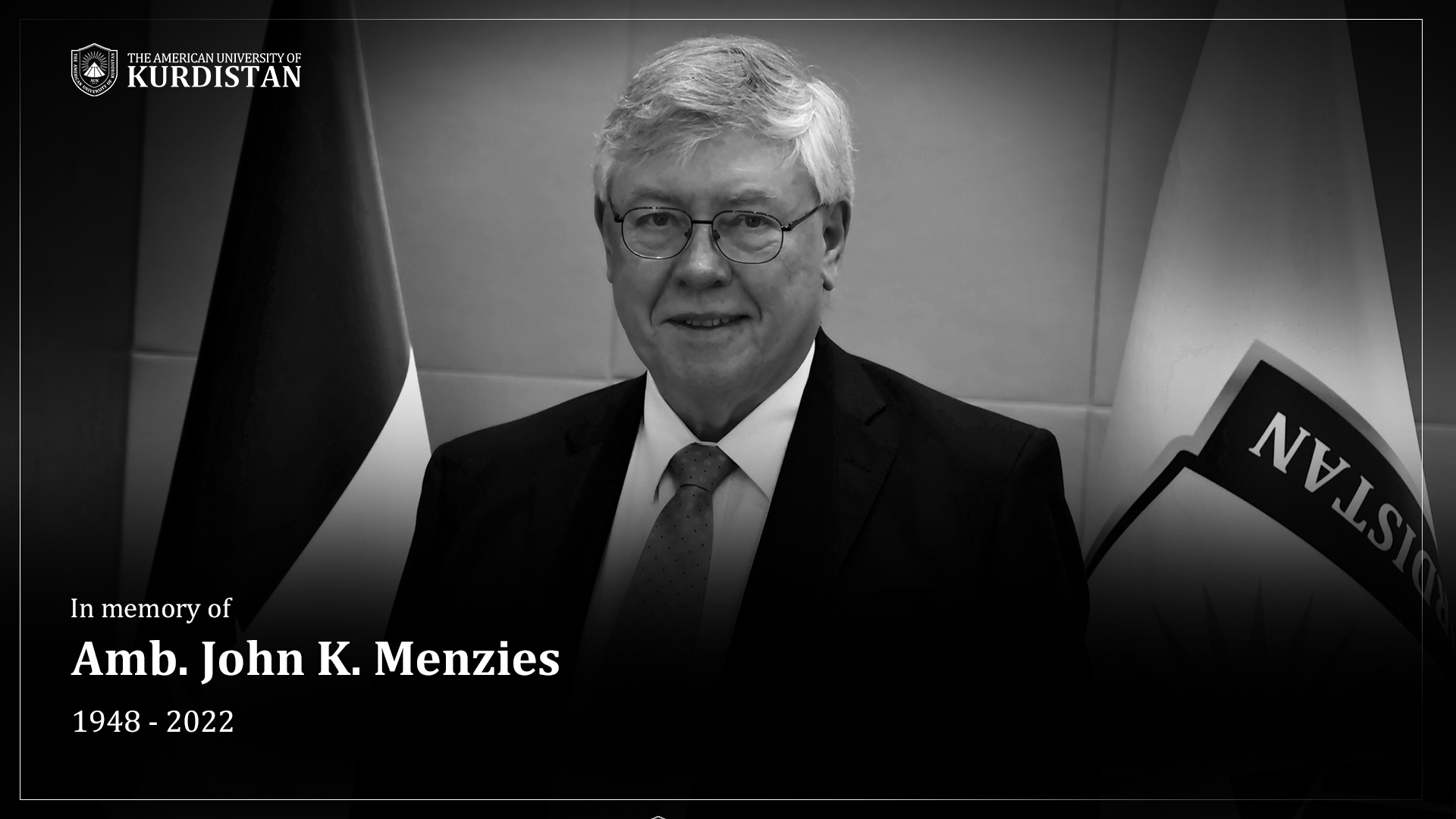 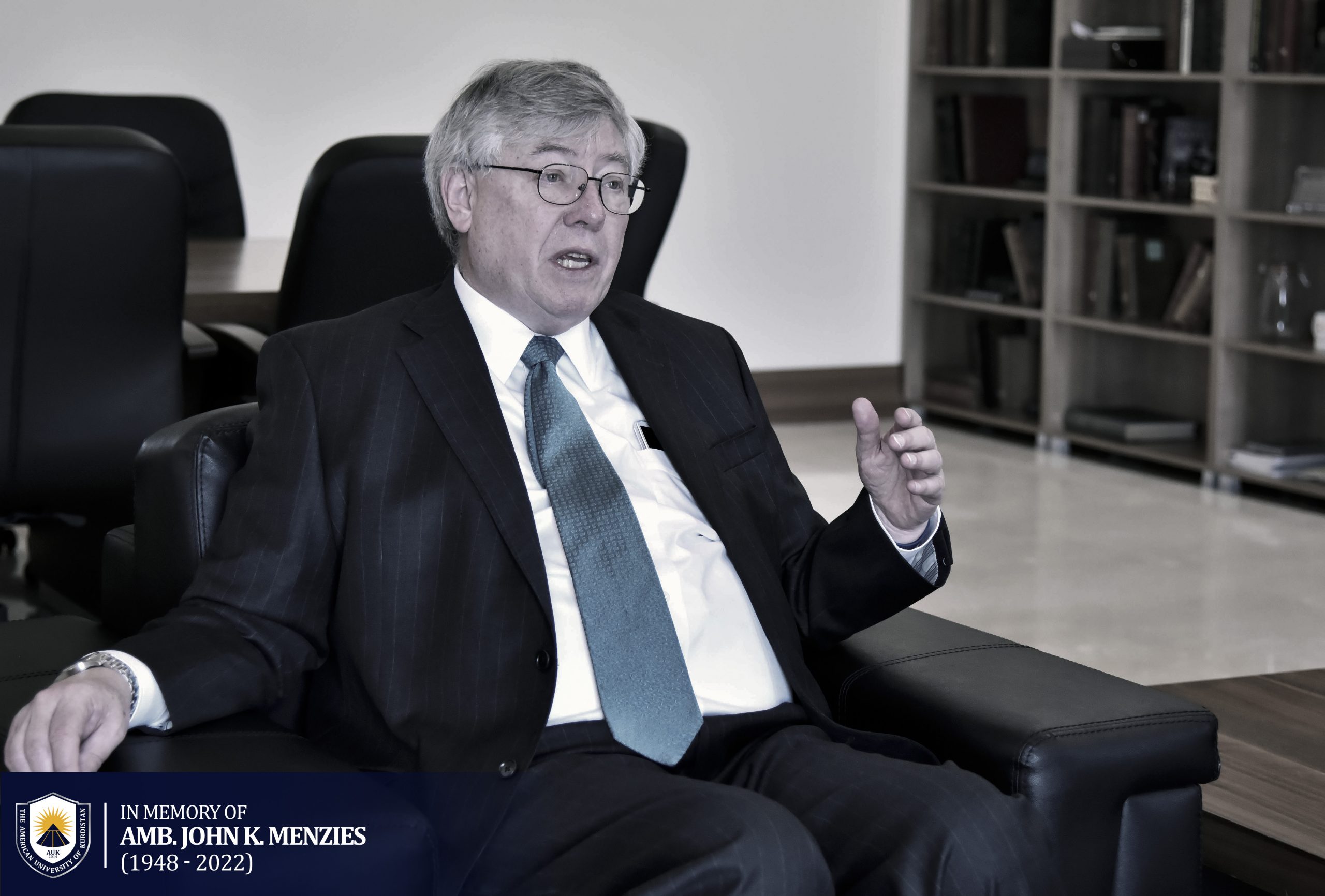 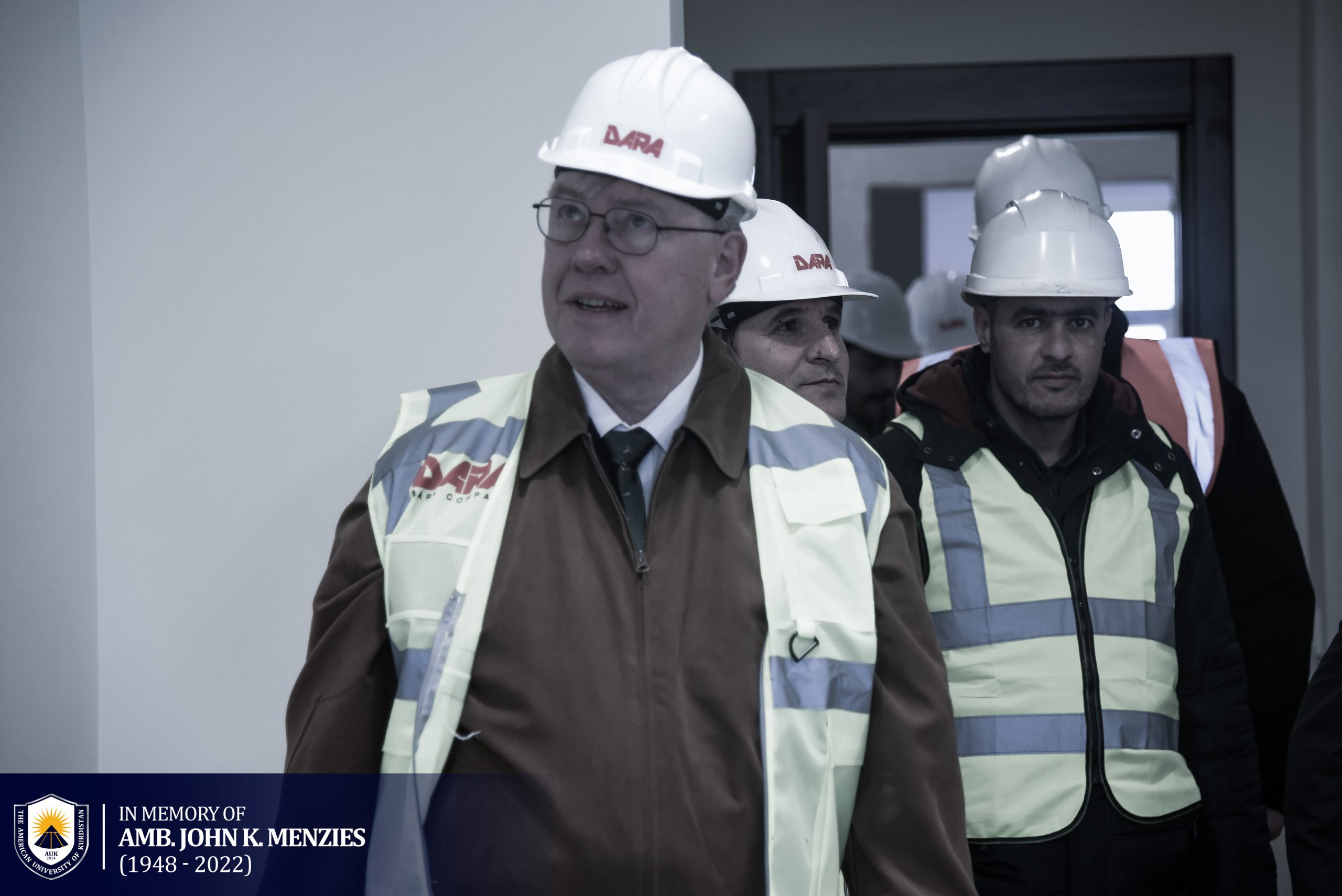 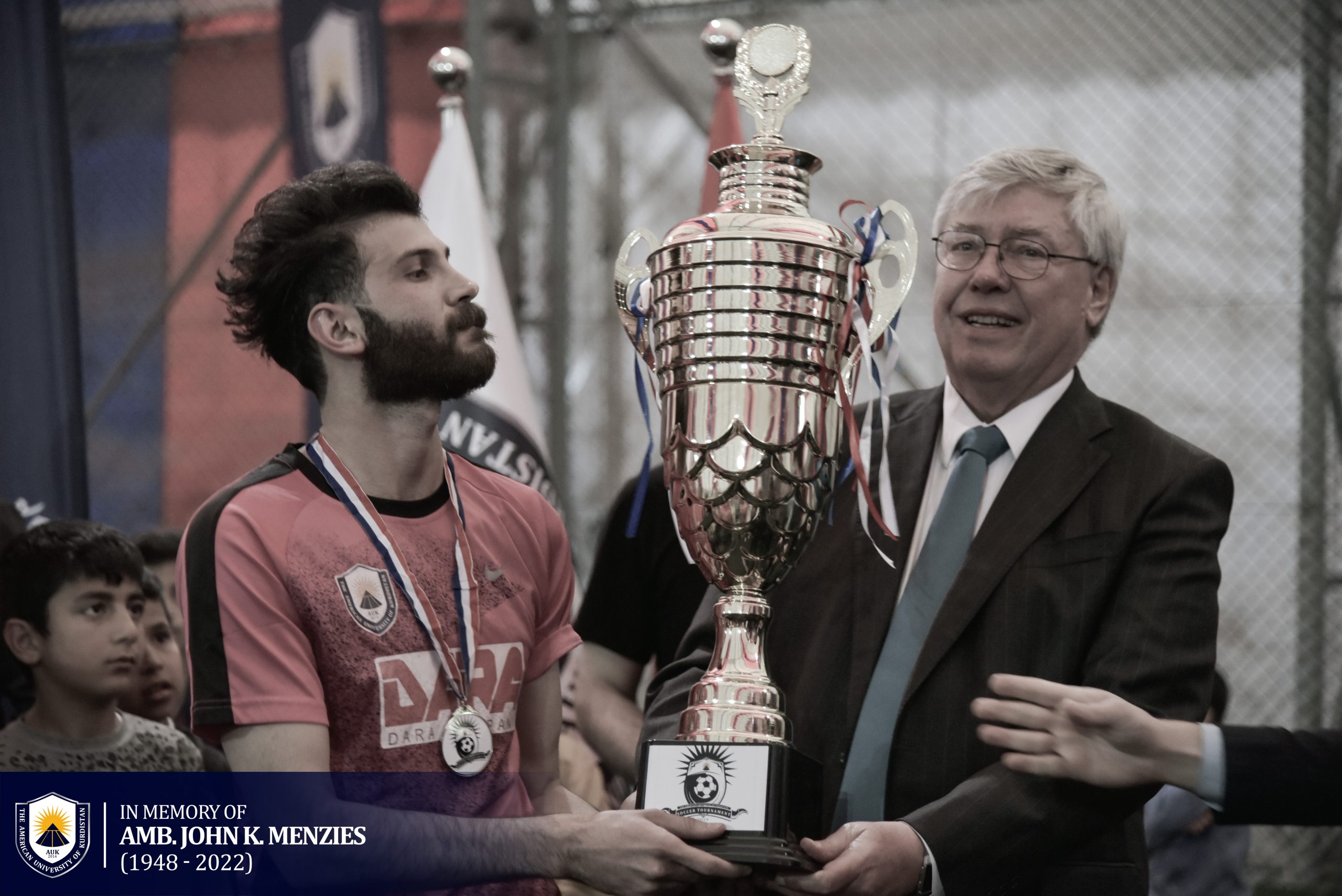 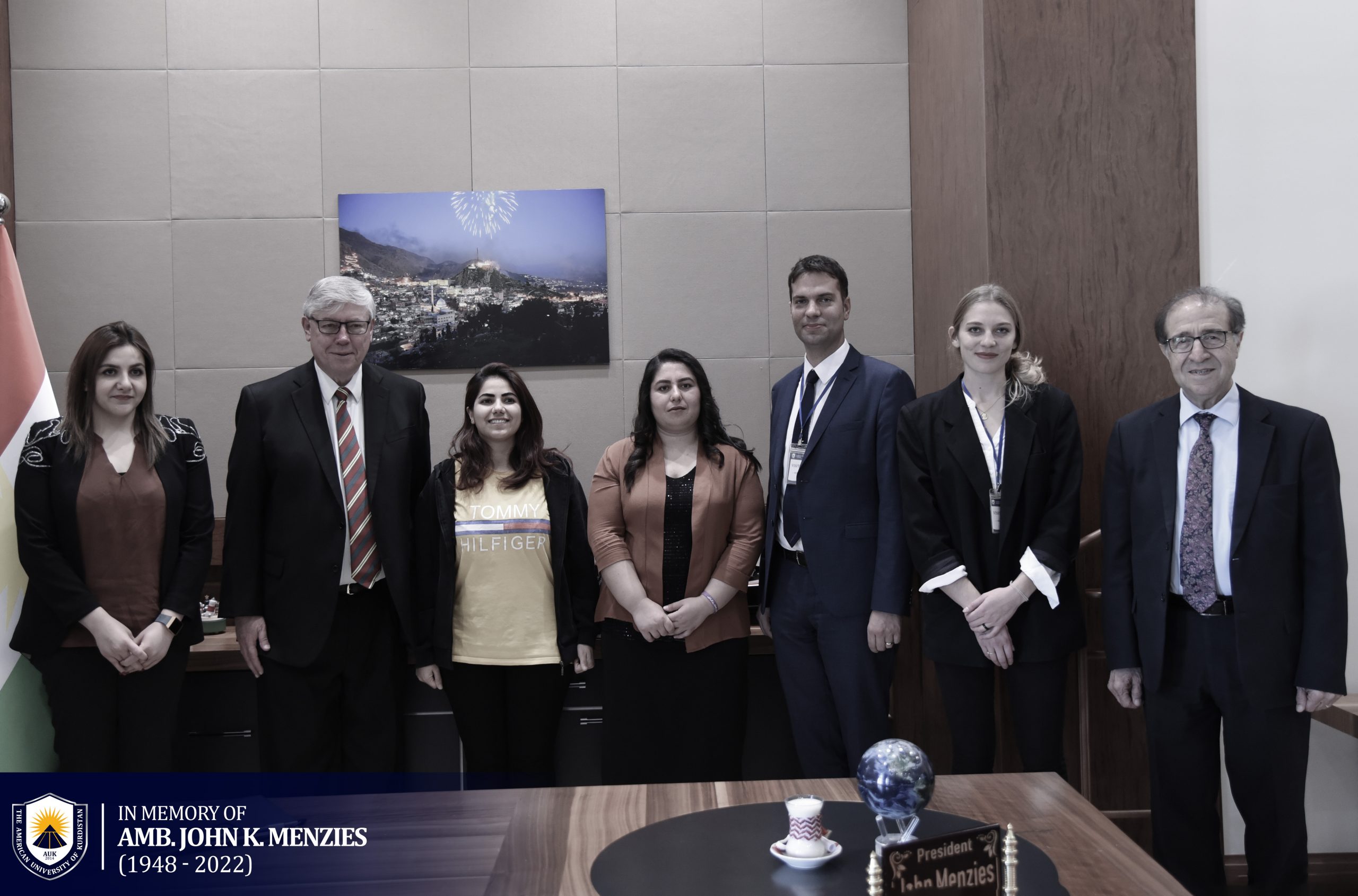 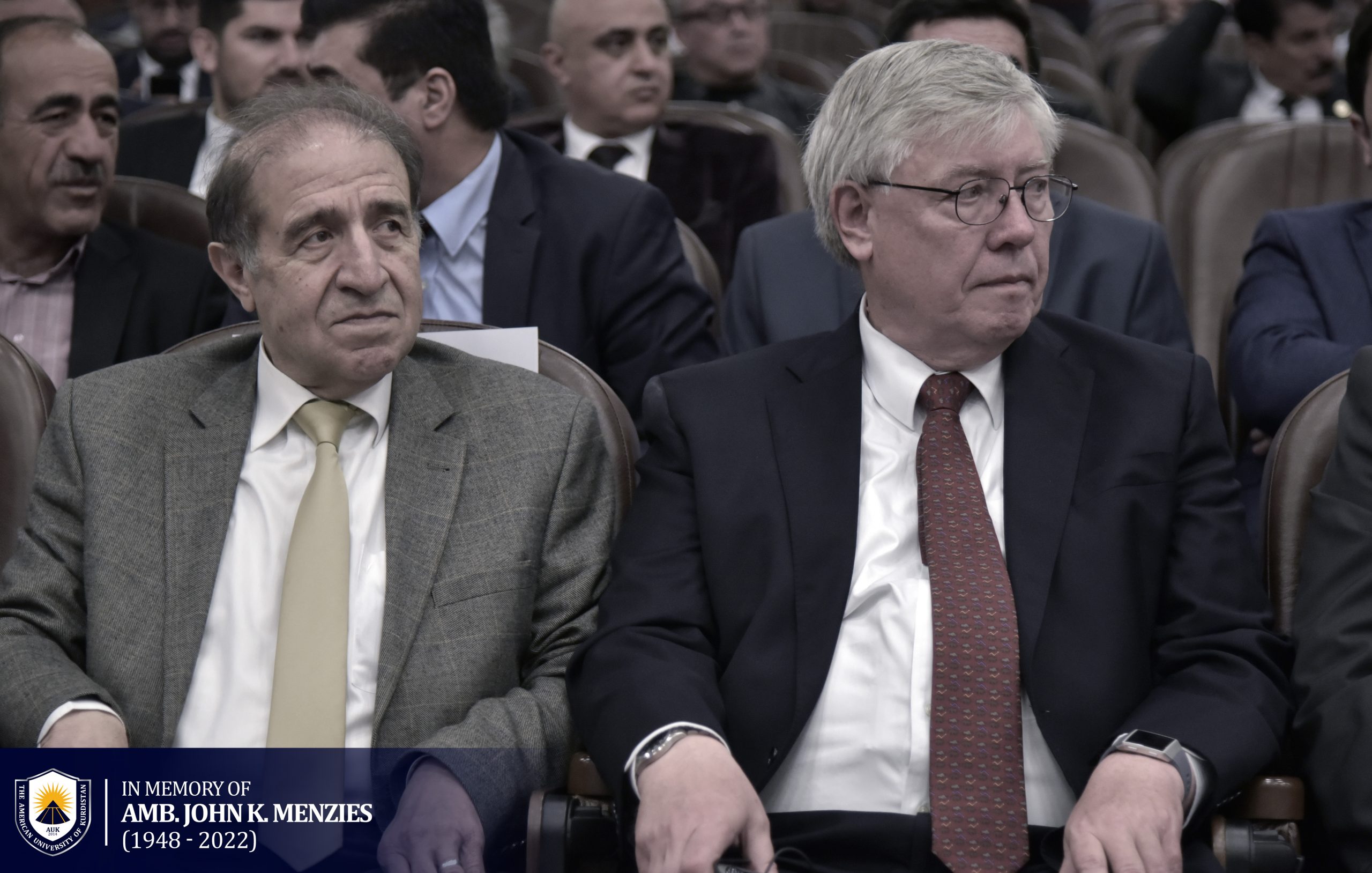 Duhok, Kurdistan Region of Iraq – March 27th, 2022 – The American University of Kurdistan mourns the passing of Ambassador John K. Menzies and sends its heartfelt condolences to his family, friends, and colleagues. He died on March 26th, 2022, at 74 years.

Dr. Menzies was appointed as AUK’s Interim President in 2018 and held the position for two years. During his presidency, he engaged in philanthropy and charity work for rescued Yazidi girls and victims of the Islamic State.

He was born in Illinois, and lived in West Virginia, Kansas, Arkansas, Iowa, Texas, California, New Jersey, New York, and Virginia. He held a B.A. in History and German, and an M.A. in German. He completed his Ph.D. at the University of California, Berkeley, and joined the U.S. Foreign Service. From 1997 to 1999, Ambassador Menzies was a Jennings Randolph Senior Fellow at the United States Institute of Peace as the Balkan working group leader.

Dr. Menzies served in U.S. Foreign Service posts in Hungary, East Germany, and Bulgaria. He was assigned to the U.S. Mission to the United Nations in New York and the Office of the Coordinator for the Support for East European Democracy Program in Washington. His last position was Vice President for International Relations at The American University of Iraq – Baghdad.