Daner Ferhadi is an Instructor of Mathematics at AUK. He earned his BSc in 2013 at the Pennsylvania State University in Applied Mathematics with Area of Applications in Engineering Mechanics and Nuclear Engineering and his MSc in 2017 at the University of Nottingham in Pure Mathematics. His area of specialization during his Masters was group theory and computational number theory. Daner’s research interests include visualization techniques involving non-trivial zeros for the Riemann-Zeta function using Python, Calculus on Manifolds, Geometric Algebra, and Machine Learning algorithms.

Prior to his position as an instructor at AUK, Daner was a Data Analyst for AUK where he developed the Degree Audit and Transcript systems using Visual Basic. Prior to coming to AUK he was a Financial Data Analyst for Robert Half Accounting and Finance in Baltimore, MD, USA.

His work on the Riemann-Zeta function can be found here 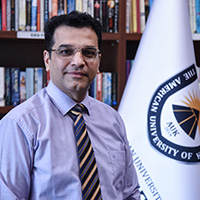 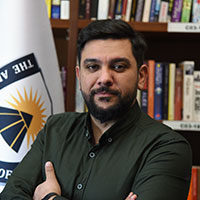 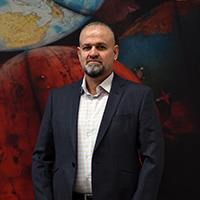