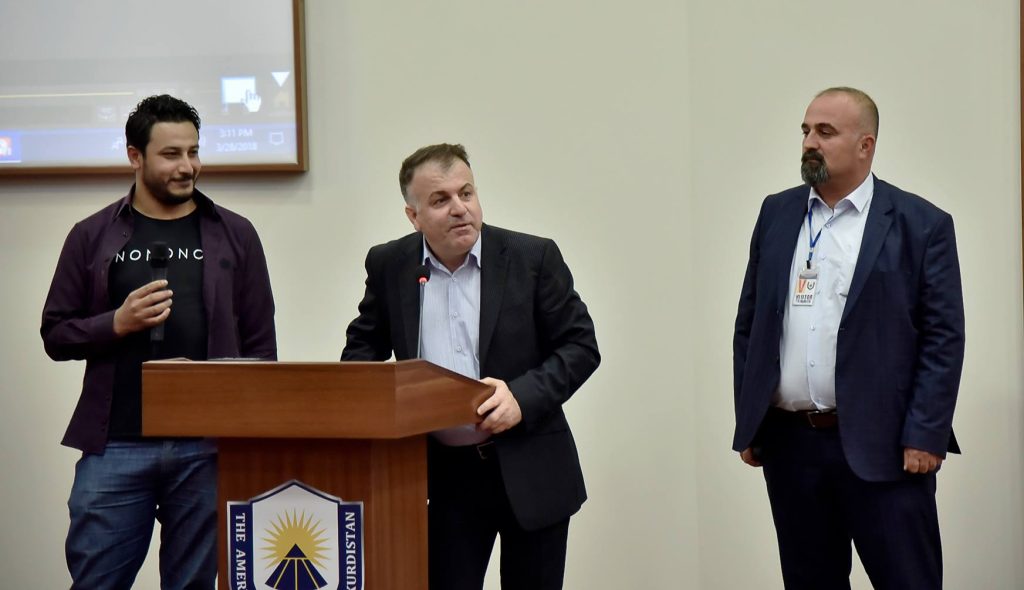 Duhok, Iraqi Kurdistan – January 28, 2018 – The Center for Peace and Human Security at the American University of Kurdistan hosted the screening of the documentary film “The Kurdish Dream: War or Peace” by Kae Bahar, in collaboration with the Center for Research and Academia on Erbil.

In this documentary Kae Bahar narrates Kurdistan’s history, since the betrayal of the Kurds by the European powers after the First World War, when the aspirations of having a Kurdish state were put to an end in the Sykes-Picot agreements, to the heinous crimes of the Ba’athist regime against the Kurds. The filmmaker was himself subject to the persecution and brutality of Saddam Hussein’s regime. Captured by the Government security forces and torture in prison, he was only freed after his family managed to bribe the police forces and get him out of the country. After spending more than 30 years abroad unable to come back to his homeland, Kae Bahar returned in 2003 after the American invasion. In his film Kae Bahar interviews Kurds about their experiences, dreams and aspirations for the future.