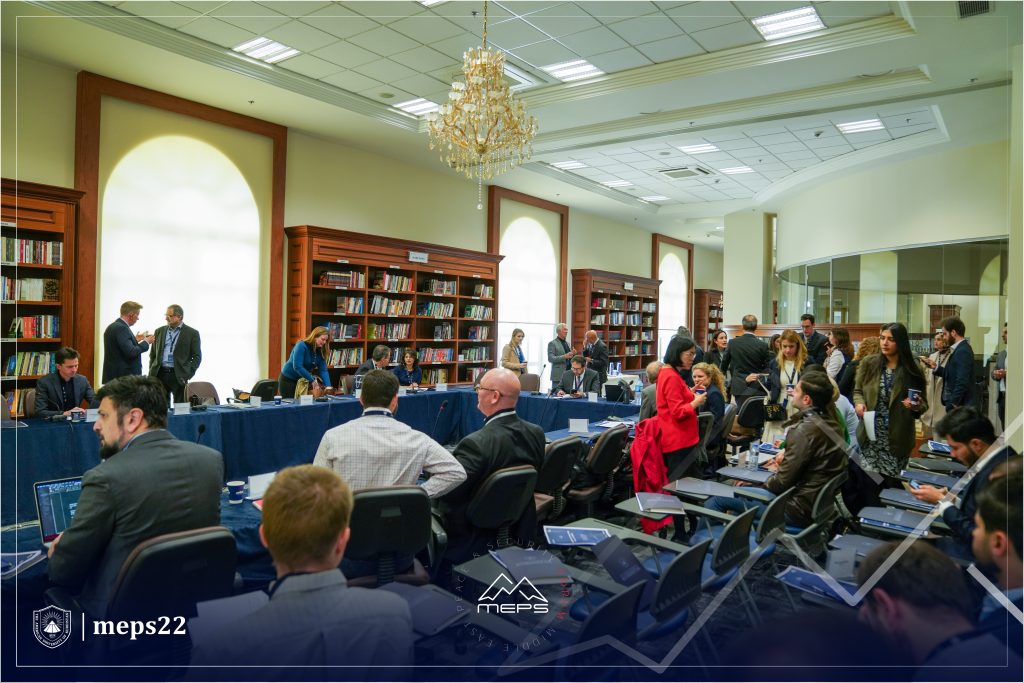 The American University of Kurdistan (AUK) began hosting the Middle East Peace & Security (MEPS) Forum for the third time on November 15, 2022. In the words of one of its many distinguished presenters, this third time officially made the MEPS Forum “an institution” at AUK. The overarching theme for this year’s three-day event was: “The Middle East in the Emerging International Order: New Threats, Old Realities?” It opened with three full-day workshops held simultaneously on the AUK campus. Each workshop addressed the thematic question from its own unique angle, with some noteworthy overlap.

The library was the stage for “The Middle East: Between War, Peace, and Volatility.” One view common to this workshop and the others was that the present is a major point of inflection for the Middle East, on two counts. Firstly, a “new normal” post-COVID is taking shape, and, secondly, the war in Ukraine and associated energy supply shocks have created an environment for both further enrichment and further embroilment in the oil-rich region. This workshop dealt with how the Middle East may become a more unified region in light of these contemporary developments. Each of the existing supranational organizations in the area – the GCC, Arab League, and OIC – excludes crucial players, but there are diplomatic efforts underway to bring them all together at last. This December, Iraq is looking to host the “Baghdad Cooperation” summit, in order to improve the Saudi-Iranian relations that, as this workshop underscored, could be the key to genuine Middle East integration.

Peace in the region is in large part predicated on peace within its constituent states; the other two workshops were more specifically concerned with Iraq’s internal strengths, weaknesses, opportunities, and threats. Participants of the workshop titled “Governance and Fragility in Iraq: Extremism, Climate Change, and External Actors” described the intersection of the three forces in Iraq. “Climate change,” as one speaker noted, is never more apparent than on the 50°C summer days that in living memory would happen only once or twice annually in Iraq but now occur much more regularly. This “climate change,” as numerous speakers fleshed out, contributes to “extremism” when livelihoods are disrupted or destroyed. “External actors,” in addition to being possible sources of and targets for “extremism,” are inherently involved in the “climate change” that pays no heed to man-made boundaries.

Speakers and spectators also assembled to discuss “The Challenge & Imperative of Reform, Good Governance & Energy Diversification in Erbil, Baghdad, & the Region.” This workshop emphasized one feature of Iraq that the other workshops only touched upon: its “youth bulge,” as half of the population is under 20 years of age. Iraq’s youth are, as this workshop related, the country’s best hope for effectuating needed “reform” from the ground up, for demanding and later carrying out “good governance” through novel, accountable, homegrown parties free of outdated rivalries, corruption, and foreign interference, and for developing the scientific and political structures for “energy diversification” away from oil and gas, on which the economies of Iraq and many other Middle Eastern countries have overrelied. 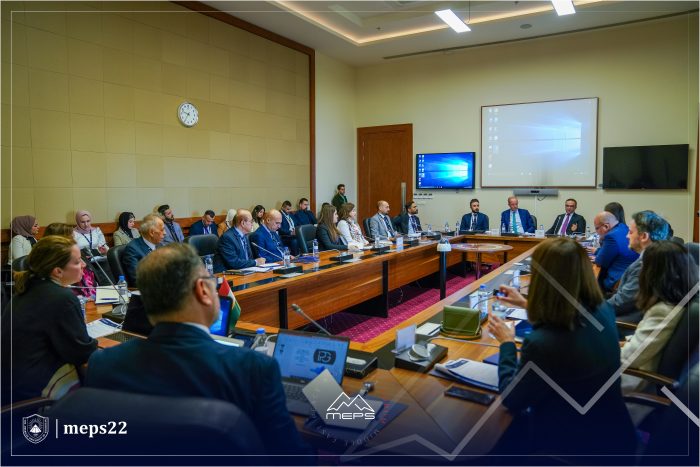