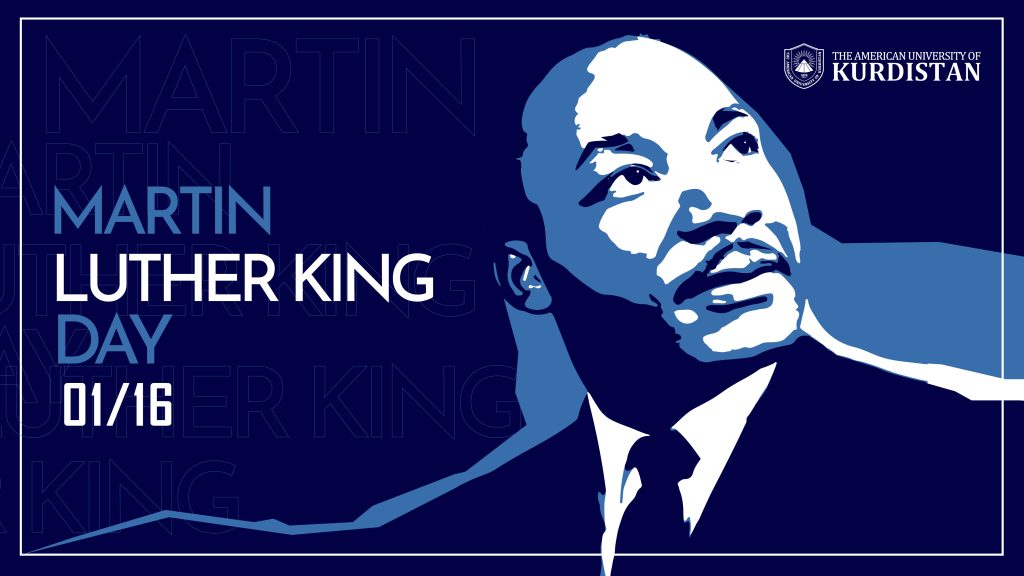 Today, January 16, 2023, the American University of Kurdistan (AUK) wishes to acknowledge the contributions of famed activist Rev. Dr. Martin Luther King, Jr. to civil rights. Every year, there is a public holiday in the United States to mark his birthday and recognize the importance of his life’s work, and there are now scores of places in the US bearing his full name or the “MLK” initials. This year, 2023, is also the 60th anniversary of his best-known speech, containing the line “I have a dream,” delivered in Washington, DC. Only five years after that epoch-making speech, Dr. King was assassinated by an opponent of his activism. There was an immediate outpouring of sympathy from millions, and, in the years after his assassination, regard for him and his groundbreaking work only grew, leading to the recognition in all 50 states of a holiday honoring him and what he stood for.

The main message of King’s “I have a dream” speech and his broader activism was the peaceful coexistence of different groups of people; he called for a world in which the main criterion by which people would be judged would be “the content of their character.” The Kurdistan Region of Iraq is renowned for its tolerance, and AUK, one of the region’s leading educational institutions, embeds that tolerance in its mission. At AUK, young ladies and gentlemen from northern, southern, and central Iraq, Kurds and non-Kurds, and followers of the many faiths found in the Middle East study productively, under an international team of instructors and administrators coming from as far away as the Philippines, Nigeria, Australia, and, of course, the United States itself. There is still work to be done for the global realization of MLK’s “dream,” but AUK is already committed to it on its own campus.